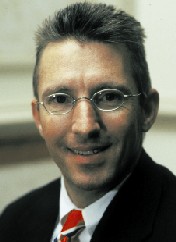 A 58-year-old Hispanic female presented for evaluation and management of diabetic retinopathy, which was initially diagnosed seven years earlier. She reported a 15-year history of type 2 diabetes mellitus, which is under moderate control. She also has a history of systemic hypertension.

She takes several different medications, but is not certain of their names. Her ocular history is significant for laser treatment O.U. approximately one year prior. Despite this procedure, she believes that she does not see as well as she should, reporting worse vision in her left eye than her right eye.

On examination, her visual acuity measured 20/30 O.D. and 20/50 O.S. Her pupils were equally round and reactive; there was no afferent pupillary defect.

Confrontation visual fields were full to careful finger counting O.U. Her extraocular motility testing was normal. The anterior segment exam was unremarkable. A dilated fundus exam revealed the changes illustrated in figures 1 and 2. Exudates associated with retinal thickening were found in the macula of the right eye. There were scattered microaneurysms around the maculae in both eyes.

A surgeon administered an intravitreal kenalog (IVK) injection O.S., and we scheduled the patient for a three-month follow-up examination. Her optical coherence tomography (OCT) results are seen  below (figures 3 and 4).

Unfortunately, the patient did not show up for the follow-up exam, but did present again seven months later (a 10-month span). At this exam, her visual acuity measured 20/30 O.D. and 20/60 O.S. Additionally, she had developed a 2+ posterior subcapsular cataract (PSC) in the left eye. Both her fundus (figures 5 and 6) and OCT images (figures 7 and 8) from this examination are available for review.

1. On her initial visit, how would you classify the macula O.D.?

2. What is the underlying pathophysiology of the macular appearance O.S.?

d. A combination of diabetic macular edema and VMT.

3. At the follow-up exam, how would you characterize the macula in the right eye?

a. Residual exudate, but no CSME.

4. In the patients left macula, what changed between the initial and follow-up examinations?

a. There are no differences; the patient still has CME.

b. The CSME appears to be much worse.

c. The posterior hyloid has detached.

d. The patient is developing an impending macular hole.

5. What treatment option would you recommend?

Our patient was followed for several years with 20/20 visual acuity and mild nonproliferative diabetic retinopathy O.U. She eventually developed CSME in her right eye, which required treatment with focal laser. She also developed iris neovascularization (INV) in her left eye, which resulted in the patient receiving a full panretinal photocoagulation (PRP).

It was interesting to note that she still has residual exudate in her right macula, despite having undergone focal laser treatment one year earlier. On clinical examination, she had retinal thickening within 500m from the center of the fovea, which constitutes a diagnosis of clinically significant macular edema.

Her left eye is very interesting, as the CSME has resulted not only in retinal thickening, but also in CME. Additionally, careful examination of the OCT shows that the posterior hyloid is still attached at her fovea, resulting in vitreomacular traction (VMT). However, it is difficult to determine if the VMT is contributing to the development of macular edemaand if so, just how much is it contributing?

There are several treatment options to be considered for both eyes. For the right eye, treatment options include observation, or even an intravitreal injection with an anti-VEGF drug, such as Avastin (bevacizumab, Genentech) or kenalog.

Additional laser treatment is probably not a good option at this time, considering she has already undergone one procedure without any improvement of her CSME.

Several years ago, a study by ophthalmologist Adam Martides showed that IVK was helpful in reducing macular edema, as well as improving vision in patients with refractory CSME who have already had prior laser treatment.1 The anti-VEGF drugs are known to decrease capillary permeability; but, these treatments options are still under investigation.

With regard to the left eye, the same treatment options were considered, along with vitrectomy for the VMT. Our patients surgeon elected for close observation of the right eye, and administered an IVK injection in the left eye.

Unfortunately, the patient failed to return for the three-month follow up, but did return 10 months later. On that visit, her vision was stable at 20/30 O.D.; however, the OCT clearly showed the retinal thickening and the development of early CME O.S.

Despite a hazy view caused by the PSC, she has very obvious CSME with CME in her left eye. Of particular interest is the optical coherence tomography of the macula, where you can clearly see the separation of the posterior hyloid from the fovea, releasing any traction that may have been present.

I cannot help but wonder why the surgeon elected for the IVK injection at the previous visit. Without question, IVK has emerged as an important treatment modality for a number of retinal vascular conditions that result in macular edema. However, in the presence of VMT, it is difficult to know the underlying cause of the clinically significant macular edema.

There is no doubt that the diabetic retinopathy plays a major role; however, if that were truly the case, shouldnt the injection have been more effective? If the macular edema was caused by tractional forces, this might better explain why the IVK had a minimal response. Another consideration may be that the IVK did actually work, but because 10 months had passed, the treatment effect of the IVK wore off, which allowed for recurrent CSME. These are all interesting considerations. Unfortunately, we may never really know the answer. Whats more, the PSC that she has developed is likely the result of the IVK injection.

Because of her further decline in vision and the presence of CME O.U., our patient was given an in-office IVK injection for treatment of the CSME O.D. In the left eye, she underwent phacoemulsification with an intraocular lens (IOL) implant and received an IVK injection. At her one-day postoperative visit, her acuity measured 20/50 O.S. She will return for further evaluation in one month.