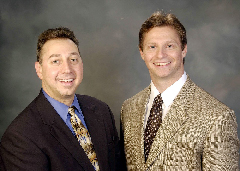 A 47-year-old white male presents urgently complaining of moderate pain in his left eye, along with lacrimation, photophobia and mildly reduced visual acuity. This had been increasing for the past 24 hours when he decided to seek care.

Best-corrected visual acuity measured 20/30 O.S. Biomicroscopy revealed a very mild anterior chamber reaction. There is a linear corneal lesion that stains brightly with sodium fluorescein. The lesion has a dendritic, or tree branch-like, pattern, and terminal end-bulbs associated with the epitheliopathy.

The diagnosis is very clear based upon the clinical objective findings. However, the subjective complaint really simplifies the diagnosis as the patient reported, upon first sitting in the exam chair, Doc, I think my herpes is acting up again! In this months column, we discuss herpes simplex virus (HSV), and detail the pathophysiology and management of its most common ocular complication: HSV epithelial keratitis.

Epithelial keratitis is the most common presentation of ocular infection caused by type 1 herpes simplex virus (HSV).1,2 It typically presents as a unilateral red eye with a variable degree of pain or ocular irritation. Corneal sensitivity is often diminished from virus-induced damage to the trigeminal ganglion. Photophobia and epiphora are common. Vision may be affected, depending upon the location and extent of the corneal lesion. Patients with HSV epithelial keratitis often present with secondary anterior uveitis.1

The classic sign of HSV infection is a dendritic ulceration of the corneal epithelium. This is accompanied by a stromal keratitis in more severe presentations.1-3 These lesions begin as a nondescript punctate keratopathy, but quickly coalesce to form the familiar branching patterns that stain brightly with sodium fluorescein dye. As the virus invades and compromises the epithelial cells surrounding the lesion, the leading edges (terminal end-bulbs) exhibit staining with rose bengal and lissamine green.1,2

However, HSV epithelial keratitis lesions may have an atypical appearance that can be misdiagnosed.4 HSV epithelial keratitis is often a recurrent condition, and the patient is usually well aware of the situation at the time of examination.2,5 Triggers leading to an outbreak include fever, hormonal changes, sun exposure, psychological stress, ocular trauma, trigeminal nerve manipulation, steroid use, ocular surgery and glaucoma treatment with prostaglandin analogs.1,6-10

Herpes simplex is the most common virus observed in humans, and can be found in the trigeminal ganglion in almost 100% of people past age 60.1 It is usually transmitted by saliva.1

Primary herpetic infections, generally seen as a vesicular rash, occur most often in children between the ages of six months and five years. The virus may affect the skin around the mouth, commonly resulting in a fever blister or cold sore.1 After resolution, the virus remains dormant in the body of the host until a trigger induces a secondary outbreak.

Epithelial dendritic keratitis represents infection by live virus, while other herpetic ocular conditions are predominately immune and inflammatory in nature.1,11,12 Viral replication is usually confined to the corneal epithelium, and stromal invasion is impeded by an early onset of non-specific defense mechanisms.

HSV epithelial keratitis must be managed quickly and aggressively to prevent deeper corneal penetration. The treatment of choice is Viroptic (topical trifluridine 1%, Monarch Pharmaceuticals), given at two-hour intervals up to nine times daily.2,13,14 (Outside the United States, topical acyclovir ointment is available and successfully used in place of trifluridine.15) As the dendrite regresses, the dosage may be tapered to q3h or q4h until complete resolution, which usually occurs in seven to 10 days.

At this point, the patient should be observed closely for another week to ensure suppression of the virus. Debridement of the ulcer bed to remove active virus cells has been advocated as an adjunctive therapy to antiviral treatment, and appears to enhance the speed of resolution.14 Cycloplegia with homatropine 2% t.i.d. to q.i.d. or scopolamine 0.25% b.i.d. to q.i.d. may be initiated depending upon the severity of the secondary uveitic response.

HSV replicates more rapidly when corticosteroids are present, worsening the course of the disease.16 Topical steroids are generally contraindicated in the presence of HSV epithelial keratitis and have been implicated in prolonging the course of herpetic eye disease.17 A regimen of 400mg oral acyclovir b.i.d. p.o. plays a preventative role in reducing the number of clinical infective outbreaks, and it should be strongly considered in patients with recurrent disease.18,19

In the case presented, the diagnosis was very straightforward, based upon the patients subjective history, clinical findings and recurrent nature of the disease. He was treated with Viroptic q2h.

At follow-up examination three days later, the patient reported that he tolerated the medication well, although he did mention that it stung his eye. The classic dendritic appearance had broken up significantly; it now consisted mostly of a faint linear appearance with edema and raised edges. Dosing was reduced to q.i.d. for the next seven days.

At the one-week follow-up examination, there was irregular corneal healing and diffuse epitheliopathy, which suggested medication toxicity, but there was no frank dendritic appearance or terminal-end bulbs. Viroptic was discontinued, and we instructed the patient to frequently use non-preserved artificial tears.

Ultimately, his condition completely resolved. Visual acuity returned to normal, and there was no apparent corneal scarring. Due to the recurrent nature, prophylactic oral therapy with acyclovir was recommended.