Stanford researchers have created a prosthetic cornea that they believe is less likely to be rejected by the human eye. The prosthetic is made from a new nutrient-permeable hydrogel material that can hold a water content of 80%comparable to human corneal tissue. 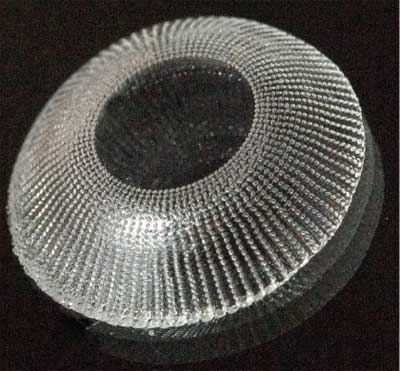 The researchers task: convert the hydrogel material into a highly-biocompatible artificial cornea. The resulting design, a disc with a smooth, clear center and perforated edges, allows cells to bind to the disc, join it to the biological tissue with collagen secretions, and cover it with a layer of epithelial cells. This prosthetic is the most biomimetic to date, the researchers say.

Currently, the prosthetic is being tested in animals in eight-week trials. Thus far, there have been no complications, according to the research team.Researchers say they hope that further applications of the hydrogel could include more comfortable extended-wear contact lenses, or even implantable contact lenses that can be replaced as a patients prescription changes.
Vol. No: 143:11Issue: 11/15/2006