In January, an FDA advisory panel voted in favor of reclassifying hydrocodone-combination drugs from Schedule III to Schedule II. If this comes to pass, optometrists in many states would be left with few options to appropriately treat patients suffering with severe eye pain.

The recent discussion on reclassification began after increasing reports of addiction and illegal abuse of hydrocodone-combination narcotics. Proponents of the reclassification say the abuse and misuse of these drugs is a public health epidemic. 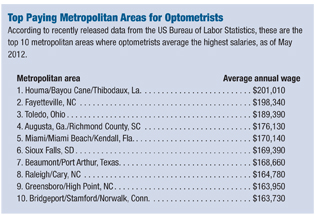 The FDA isn’t required to follow its advisory panel’s decision but, historically speaking, it usually does.
Meanwhile, in March, legislators introduced into Congress a bipartisan bill, called the Safe Prescribing Act of 2013, that would reclassify any substance containing hydrocodone as a Schedule II drug.

In the majority of the 44 states where optometrists are authorized to prescribe certain controlled narcotic substances, ODs are limited to drugs in Schedules III, IV and/or V, which are considered safer and less addictive.

However, in several of these states, optometrists have anticipated this possible switch. They moved quickly to clarify that their current authority to prescribe hydrocodone-combination drugs won’t be affected if the reclassification goes through.

The optometric associations in Kentucky, Arkansas and Georgia, where optometrists are prohibited from prescribing Schedule II narcotics, successfully took preemptive steps this year to assure that optometrists will be able to continue to prescribe hydrocodone-combination drugs if they are reclassified. These states approved legislation—HB 8 in Kentucky, enacted on March 19; HB 2210 in Arkansas on April 18; and HB 235 in Georgia on May 6—so that the authority to prescribe hydroco­done-combination drugs is not tied to any particular schedule.

After the advisory panel approved reclassification, the FDA later told lawmakers that, if this change is approved, it would require a long process to initiate.
Meanwhile, the Safe Prescribing Act of 2013 has been sent to committee for further consideration.