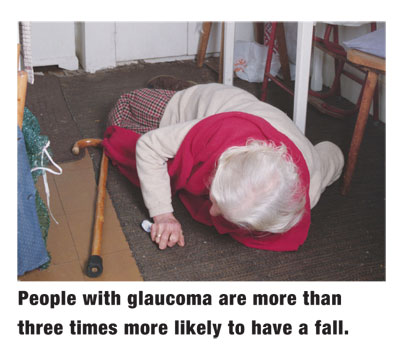 At baseline, 17 (35%) glaucoma patients and six (13%) control subjects reported one or more falls in the previous 12 months. Patients with glaucoma were more than three times more likely than control subjects to have had a fall, the researchers found.

Some additional findings: Patients who had undergone glaucoma surgery were less likely to have been involved in a motor vehicle collision. There was a borderline association between stereopsis worse than 40 seconds of arc and self-reported at-fault collisions in the glaucoma group.

Also, patients who had greater visual impairment were more than four times more likely than those with less impairment to have been involved in a self-reported at-fault collision.

More research is needed to confirm these findings, the researchers say. For that reason, they have begun a larger prospective study to investigate the underlying factors of both problems.

Potentially, the results have implications for patient education, licensing of drivers and intervention programs, they say.