Ever since the long-awaited results of the Age-Related Eye Disease Study 2 (AREDS2) arrived in early May, optometrists have been sifting through the data to determine what—if any—changes they should make in recommending nutraceuticals to their AMD patients.

And, for some doctors, the initial results of the study prompt more questions than answers on matters of patient care.

Omega-3 Quandry
The primary findings of AREDS2 indicate that neither lutein plus zeaxanthin or DHA plus EPA (omega-3 fatty acids), nor all four components combined, further reduced the risk of progression to AMD when added to the original AREDS formula.1 However, secondary analyses suggest the combination of lutein and zeaxanthin may be beneficial in select patient populations. The data suggests a reformulation of the AREDS formula that removes beta-carotene and adds lutein and zeaxanthin for patients at risk of AMD progression.

“The results require a lot of sorting through, and are not as cut and dry as the conclusion may imply from the abstract in the JAMA (Journal of the American Medical Association) article,” says optometrist Jeffry Gerson, of Kansas City.

But, he added, “I think the biggest surprise was lack of statistical significance in the benefit of omega-3.” Now, he says he won’t be quite as adamant to recommend fish oil to all his AMD patients, but “it will still be part of the conversation and likely recommended to many, especially if they don’t have regular dietary omega-3 intake.”

Stuart Richer, OD, PhD, of the University of Illinois at Chicago, referred to the study as a “landmark achievement.” However, he adds, one has to read the published abstract and conclusions with a discerning eye because the JAMA article both understates and complicates the data. “The AREDS2 Study Chair Emily Chew, MD, presented two separate ARVO lectures in Seattle that contradicted the JAMA article’s main conclusion. Unfortunately, the ARVO audience is a much narrower audience than the US public—so much unnecessary confusion has been generated concerning the results, other than to say that lutein/zeaxanthin is a safer choice than high-dose beta carotene in terms of lung cancer risk.”

Dr. Richer could not explain the negative EPA/DHA omega-3 results other than to say that the placebo group was already highly nourished with these important eye/brain nutrients.
Also, he adds, the AREDS2 results on fish oil contradict AREDS Report #20 as well as the preponderance of evidence showing a clear ocular benefit.2

“As a health care provider, this study scares the heck out of me,” says Larry J. Alexander, OD, of McKinney, Texas. He characterizes AREDS2 as a poorly controlled study. “Well-nourished, relatively healthy patients in a control group were on AREDS1 and there was no way of knowing whether they had achieved therapeutic dosage of omega-3s or what omega-3s were being taken.” Dr. Alexander says he is concerned patients will read the headlines and come away with the idea that they no longer need to take omega-3s.

How Much Zinc?
In addition to the omega-3 findings, optometrist Steven Ferrucci, chief of optometry and residency director at the Sepulveda VA Ambulatory Care Center, in Sepulveda, Calif., was also perplexed that AREDS2 still recommended a daily dosage of 80mg of zinc, despite the study’s finding that a lower dosage may have the same effect.

“The study seemed to indicate there was no difference between the higher and lower levels, yet it really didn’t recommend that we change the level of zinc at this point,” Dr. Ferrucci says. “I’d be interested to see how people interpret that, because it seems to me that if the higher and lower doses are about the same, it makes sense to use less zinc because there is a potential for fewer side effects.” 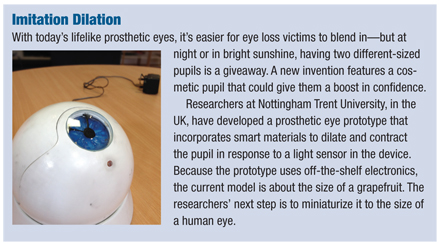 What to Change?
One result of AREDS2 that is clear to Dr. Ferrucci is the substitution of lutein and zeaxanthin for beta-carotene. “That is really going to limit me from prescribing the original AREDS formulation with beta-carotene for the safety profile and for patients who have a lower level of dietary lutein intake.”

For Dr. Richer, the results of the AREDS2 study are not going to impact his approach to patient care one iota. “I don’t treat individual patients using group statistics and rule-based patient care,” Dr. Richer says. “In my opinion, optometrists should attempt to provide a near-optimal result for each of their patients. That means stepping up to the plate, and actually reading Level 1 EBM (evidence-based medicine) science with a discerning eye, as well as Level 2 sciences to obtain a full picture of who will benefit.”

Be skeptical but not cynical, he advises. “We are either going to take abstracts as the gospel truth, or start asking each patient what they are eating, measure macular pigment, visual function or some measure of RPE health such as fundus autofluorescence. AREDS2 shows us that it’s tough to treat a disease once it becomes advanced, so we better start examining and talking to the children of AMD patients who have a 45% risk of developing AMD. AREDS2 shows us that there is no such thing as an ‘average patient.’”

Future Research
Jeffrey Anshel, OD, president of the Ocular Nutrition Society, won’t make any changes in his practice based on AREDS2 because he already recommends a full-spectrum multiple vitamin/mineral supplement to all his older patients. He does see AREDS2 as a catalyst for future studies, including more genetic testing (on all subjects, not just one in four of them as in AREDS2), higher doses of vitamin C for cataract effects, and a study that looks at earlier stages of the disease, he says.

“This is just the first report, not the be-all and end-all,” Dr. Ferrucci says. “Over the next year, two years, three years, we are going to see additional reports as they begin to look at more of the data. It is important to keep looking at additional studies that come out of this. So this is not the end of AREDS2. It is just the beginning.”