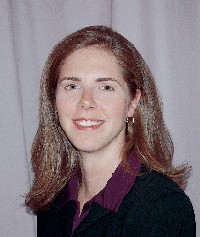 Many doctors will tell you that, from a patient-care perspective, theres never been a better time to be in the health-care profession. The information age has ushered in a new era of care, making knowledge about new research and procedures instantly available in easy-to-digest formats to health-care professionals worldwide.

Others, however, might argue that the same changes that have spawned access to knowledge among doctors have also placed it in the hands of consumers, to the detriment of both doctor and patient alike.

Thanks to the Internet and increased health-care marketing via direct-to-consumer ads in newspapers, magazines and TV, patients now have more information at their disposal than ever before. Is that a good thing or a bad thing? Does it compel the average American to seek out better care and better products? Or, does it devalue the doctor? These are just a few of the questions raised by Contributing Editor Jane Cole in this months feature article, Will the Savvy Consumer Change Optometry?

Nearly one-third of adults say they have talked to their doctors about drugs they saw advertised, and 44% of those who talked to their doctor received a prescription for the medication they asked about.1 Some optometrists and many health-care manufacturers argue that this change in patient (i.e., consumer) attitudes is for the best because it encourages doctor-patient communication.

Another potential positive to direct-to-consumer advertising: It may help with compliance. Brand recognition may influence patients to take their prescribed medications as directed. Advertising to patients also can provide widespread awareness and a deeper understanding of a problem that the patient might have, and offer assurance that treatment is available.

Critics of direct-to-consumer campaigns, however, argue that manufacturers are encouraging relationships between the product and the patient, which minimizes the value of the doctor. The manufacturers are using patients as the pawn to influence doctor prescribing, rather than going the traditional route of educating the doctor why the particular drug or contact lens is suitable for their patients, says one O.D. who was interviewed for the story.

Another challenge: Advertising doesnt communicate all the relevant information. For example, advertising can create animosity between the patient and the optometrist when a patient comes in with coupons for free contact lenses but did not read the fine print and realize that professional fees may apply.

One thing seems certain: Patients today do not perceive doctors to be as much of an authority as in years past. Gone are the days when patients accepted the doctors word without question.

Optometrists have been forced to respond to this change in patient/consumer mentality. For example, many O.D.s now place greater emphasis on staff training, have expanded their hours into the evening and weekends, and talk about the cost of services and products with patients. Others take it a step further and have initiated their own advertising, either in newspapers, on TV or in the form of monthly e-mail newsletters.

There is little doubt that the trend of consumerism is impacting all areas of health care, and optometry is no exception. Whats more, consumerism is likely to grow, rather than slowly dissipate. How will you respond?