If you’re interested in quantifying a patient’s vulnerability to AMD, tests of macular pigment density can help you encourage mitigation strategies and will document any changes in their status over time, proponents say. A new device called MP-eye, from Azul Optics, can detect macular pigment levels in under a minute, the company says. The speediness of the test means it can be done in a pre-screening or routine eye exam, Azul says, allowing low pigment levels to be be detected before further damage occurs. 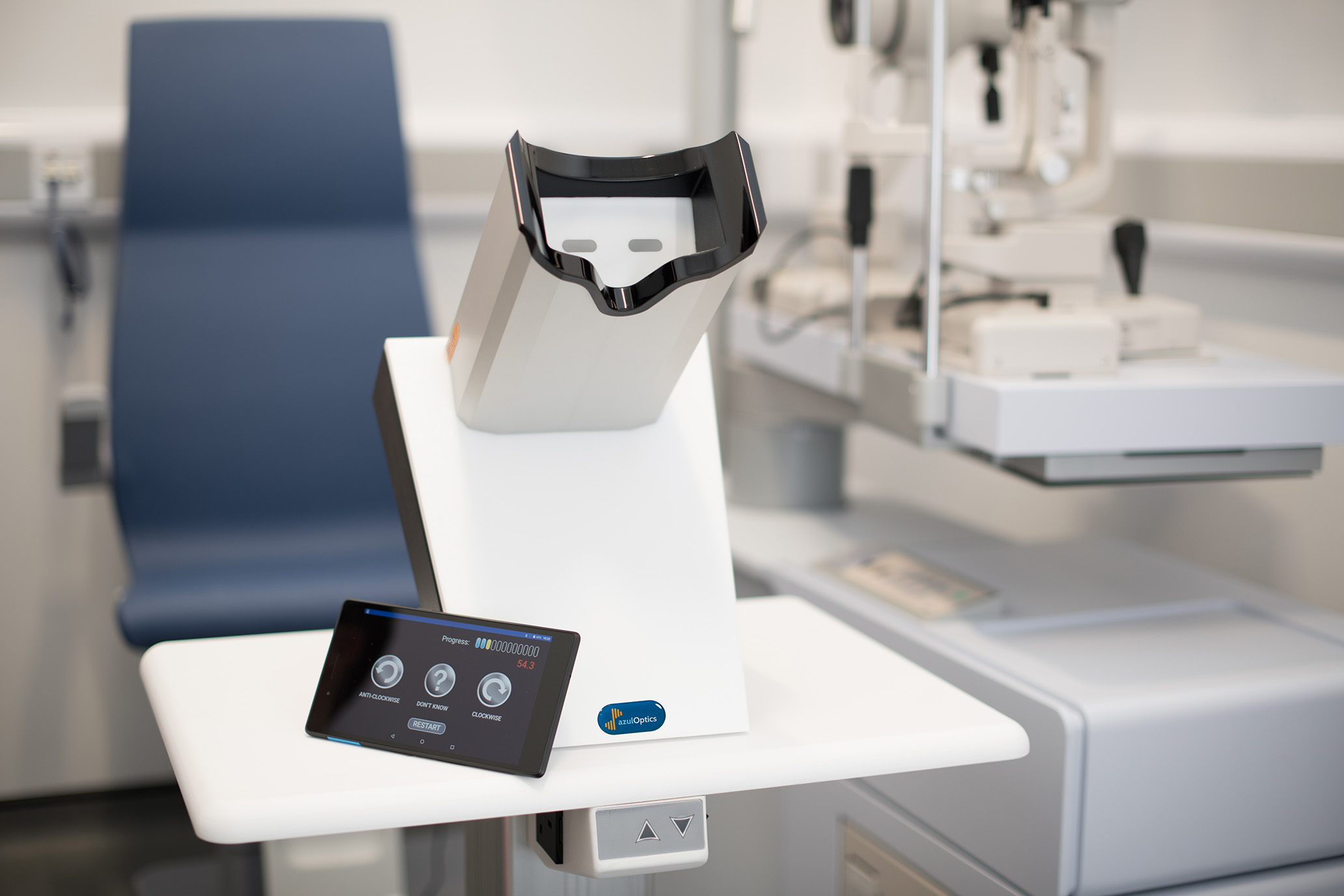 The device uses polarized light to cast a shadow of the macular pigment layer onto the retina. The more macular pigment that’s present, the stronger and more visible the shadow, resulting in a higher score on the MP-eye test, company literature explains.

This test is particularly useful for patients at greater risk of blue light and oxidative damage, which could lead to AMD, according to the company. Azul Optics notes that the early detection of low pigment levels could help patients take advantage of protective strategies such as dietary supplements and sun protection, to lower their likelihood of developing permanent vision loss.